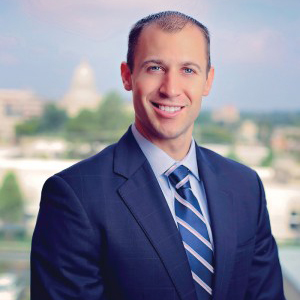 Since that time, Preston has made successful business-recruitment trips to Japan, China, France, Germany, Israel, Cuba, Mexico, Italy, United Kingdom, New York City, and Silicon Valley. The trips have led to agreements with more than 300 companies to locate to or expand in Arkansas. These companies are investing $8.3 billion and creating more than 17,700 new jobs. The trips continue to play an important role in the state’s economic development efforts.

Before Preston joined AEDC, he served six and a half years as the vice president of Government Relations for Enterprise Florida, the state’s primary economic development organization. During his tenure at Enterprise Florida, he was part of the team that helped create more than 147,000 jobs that paid an average annual wage of $56,437 and generated $10.07 billion in capital investment.

In 2018, Preston was selected to join The Wall Street Journal’s prestigious CEO Council. The invitation-only group connects some of the world’s most ambitious and influential leaders to discuss the issues that shape the future. The members lead companies that collectively employ more than 8 million people, generate $2.9 trillion in annual revenue, and represent 20 countries in a wide range of industries.

A 2005 graduate of the University of Florida, Preston and his wife, Anne, are proud to call Arkansas home. They both volunteer in the community in a variety of ways, including the Children’s Advocacy Centers of Arkansas and the Cystic Fibrosis Foundation.