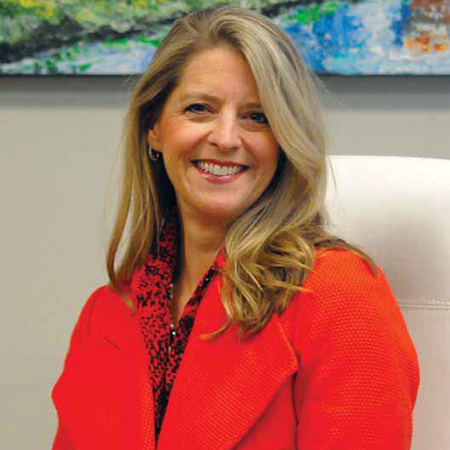 Elizabeth Thomas Smith currently serves as the Arkansas Medicaid Inspector General. Governor Asa Hutchinson appointed Smith to this role in June of 2015; she previously served as the Governor’s Chief Legal Counsel. As Medicaid Inspector General, Smith developed a data analytics division to enhance the discoveries and initiatives, and has increased fraud referrals. She fought to reduce spending in Behavioral Health, which led to overall systemic change as well as criminal charges.

Smith works closely with the Department of Human Services to improve its eligibility systems in order to reduce wasteful spending.

Smith’s career developed along the paths of enforcement and health care law, giving her the right background as Arkansas’s Medicaid Inspector General. Smith began her legal career as a Deputy Prosecuting Attorney for the Sixth Judicial District in 1994 until 2002, when she joined Mitchell, Williams, Selig, Gates & Woodyard, PLLC as an associate specializing in health care defense. Smith returned to state service as an Assistant Attorney General representing state agencies and serving on the legislative team in the Civil Litigation Division in 2004. She was able to combine her interests in health care and state government by joining the General Counsel of the University of Arkansas System in 2006, where she served the UAMS campus and U.A. System in employment litigation, health care compliance, state contracting, and utility regulation.