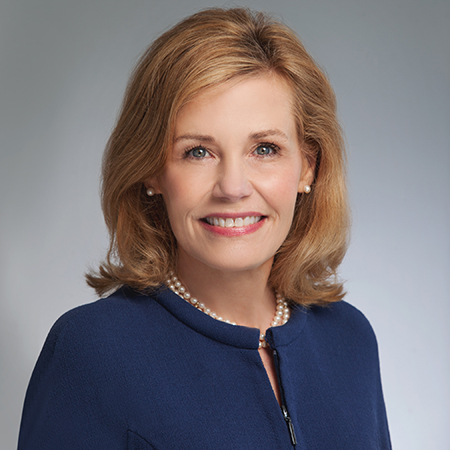 Stacy Hurst was appointed director of the Department of Arkansas Heritage by Governor Asa Hutchinson in January 2015. She is responsible for the work of eight separate agencies that identify, protect, and promote the state’s natural, historic, and cultural resources. She serves as the State Historic Preservation Officer, representing Arkansas to the National Trust for Historic Places and as an ex-officio voting member of the Governor’s Mansion Commission. She also served as a member of Governor Hutchinson’s transition team following his election in November 2014. Stacy is a life-long Arkansan who grew up in Pine Bluff and received her Bachelor of Arts degree from the University of Arkansas, Fayetteville.

Prior to her appointment as Department of Arkansas Heritage director, she was involved for 19 years in general management and marketing for Tipton & Hurst, Inc., a family-owned business started in Little Rock in 1886. Before that, she was vice president of Arkansas Children’s Hospital Foundation, where she was responsible for the statewide Children’s Miracle Network Telethon that raised over $2 million annually in private contributions.

Her record of public service is extensive. From 2002 to 2014, Hurst represented Ward 3 on the Little Rock Board of Directors and served as Vice Mayor from January 2007 to December 2008. As City Director, she was a liaison to the Arts and Culture Commission, the Sister Cities Commission, and the City Beautiful Commission. Hurst is credited with leading the extensive planning effort that resulted in new private investment and revitalization of Little Rock’s Midtown Corridor. Prior to her election to the City Board, Hurst co-chaired the Vision Little Rock Parks and Recreation work group, leading to the creation of the Parks and Recreation Commission, where she served for many years. She currently is serving a second term on the Little Rock Municipal Airport Commission, which manages, operates, and maintains the Bill & Hillary Clinton National Airport.

Hurst believes in the importance of community involvement, having served on the boards of Youth Home, CARTI, the Junior League of Little Rock, the Arkansas Field Office of The Nature Conservancy, First Tee of Arkansas, Boys and Girls Clubs, Little Rock Zoo, Alzheimer’s Arkansas, The Cathedral School, and St. Vincent Infirmary Foundation.

She and her husband, Howard, have two children, a son, Conley, and a daughter, Josie. Conley has completed both a bachelor’s degree and a master’s degree in United States history and will start law school in the fall. Josie graduates from Washington and Lee University in May.